Jazz is a musical genre that descends from the Blues (Afro-American classic music) from around mid-nineteenth century in the United States during the confrontation of black people with European music, which has expanded throughout the 20th century. The instruments used in the creation and production of Jazz music are: horns, trombone, tuba, trumpet, saxophone, clarinet, piano, drums, bass, guitar, violin, flute, electric bass, electric piano, violin and voice.

This music style had its best moment in the United States in the 1920s and 1930s and in Europe and Japan from the 1950s. Its fusion in Latin America is like this: Afro-Cuban Jazz – Bossa Nova; and its contemporary fusion: Jazz Rock, Jazz Rap, Jazz Funk, Crossover Jazz, Ska Jazz, Jazz Flamenco, and others.

The Jazz has a peculiar swing, improvisations and phrases that reflect the musicians’ personality. It’s been defined as a “model of expression” and “exceptional national treasure”. The Jazz is the type of music that counts with a little audience, among other reasons, because of the racial fact that surrounds it. About that subject, a lot of deep dissertations have been developed for being born or being created inside the Afro-American culture, because its birth was initiated by local music.

The style of Jazz dance is made by the mixture of several dancing styles created long before the 1950s, coming from the African dance, and then is born what is known now as modern Jazz dance with Caribbean roots. Among the types of Jazz there are Gospel Jazz, Funk Jazz, Traditional Jazz, African Jazz and Broadway Jazz that is used in musicals, mixed with classic ballet techniques, body expression and contemporary dance. Here are the most common Jazz dancing styles:

The most important thing in this Jazz dancing style is the mobility of the body positioned parallel to the feet; it’s an earthly dance in which the main idea is to make music part of your being and express feelings. 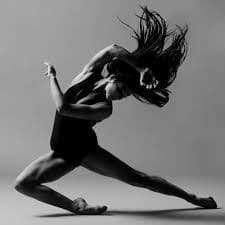 The flexibility plays an important role, because there must be a particular way of falling and getting up the floor, and at the same time to dominate the abdominal contractions. Its origin starts in the dances created by the black American women in 1917, from where the white people adopted certain dance techniques, which went later on adapting to the ballet movements. It has been through different dances such as the Big Apple and the Charleston, making the theatrical dance reach little by little the time’s vogue (1940). After so many combinations, in the present, it is practiced by all kinds of people without caring for the status or races, including a great variety of modern movements to make the Jazz dance a unique and different style.

In Jazz you can find many styles that have derived from it and that have formed a new subgenre.

It’s fair to say that this is a clearly American musical rhythm that is found in jazz. In the beginning this style wasn’t quite developed, until the Maple Leaf Rag album came out. Before that, this rhythm was only played in piano.

With the name of Dixieland we designate the Jazz style initiated in the south east of USA, known as “The South” or “Dixie” or “Dixieland” (From where the name originates), to the city of New Orleans, considered one of the cradles of Jazz, located in the State of Louisiana. The Dixieland bands performed in weddings, funerals, churches, parades, etc. Normally, they played marches (As the well-known When The Saints Go Marching In), religious and popular songs. From 1910, the Dixieland bands extended this style to New York and Chicago, where it ended up being played in an improvised and orchestrated way.

This style is known as the initial style of Jazz because it comes from a mixture between the European soldiers’ bands with the African music and the blues. It is in here when the jazz acquired the shape of a musical genre that included mixtures from others.

It started in the beginning of the 1950s as a subgenre of Jazz that later on became an independent genre due to the great importance that it started to get in those years.

This genre from Jazz is born a little after the civil rights are proclaimed in the United States and thanks to this the black people can direct recording studios, just like with R&B, this was a subgenre that earned its own importance and expanded.

This is the Jazz style that is currently listened and that predominates, it counts with little special characteristics and, unlike the others, there is no improvisation but a lineal regular style and it has become the most listened Jazz in the present.

This Jazz style is influenced by European origins that include the sound of orchestras that started to establish until they found their own rhythm.

This Jazz style appeared on scene at the same time as Swing and it has a much faster and improvised rhythm, it was created by the black people when they realized that the white people were venturing too much into Jazz, this is why they created this style that is so hard to play for others.

Created by the white people, it has a calmer pace that was trying to supplant the Bebop, and mixes the classic and still music.

This is a mixture of Gospel and the Blues to open the way for Funk and Soul. It is much more harmonic than taking a little bit of Bebop but it adds professionalism and it is neater with notes.

The Free-Jazz is a Jazz style that is characterized by a decrease of the dependence of the formal boundaries. It was developed in the 50s and 60s of the 2oth century. The adalides of this style were musicians like Ornette Coleman, Cecil Taylor, Albert Ayler, Archie Shepp, Bill Dixon and Paul Bley. Although, perhaps, the best known examples are the latest works by John Coltrane. Even though Free-Jazz is often associated with the time when it was born, there is a whole list of musicians that have kept the style alive and have carried on with the evolution inside of Jazz. Some people to be mentioned are Peter Brotzmann, Cecil Taylor, Mares Williams, Theo Jörgensmann, Ken Vandermark o William Parker.

This style is produced when Jazz and other musical genres are mixed like Pop, Rock, Jazz Rap and Latino Jazz.

It’s a part of Jazz but in this one the rhythms and Latino music styles like the Brazilian and Cuban are mixed.

Among the great interpreters of Jazz we find as many Americans as Latinos and even Europeans, below we show you a few of them:

Louis Armstrong. Originally from New Orleans (1900-1971), singer, director and trumpeter who was one of the creators of the genre.
John Coltrane. Born in Hamlet (1927-1967) saxophonist.
Mile Davis. Originally from Alton (1926-1991) musician, trumpeter and composer he was one of the biggest exponents of Jazz.
Billie Holiday, Philadelphia (1915-1959) one of the most influent singer and personage of the genre.
Duke Ellintong, Washington (1899-1974) pianist, composer, arranger and leader of the genre.
Charley Parker. Kansas City (1920-1955) composer and saxophonist, he introduced the Be-Bop style characterized by the velocity of the times and the harmonic creation.
Thelonius Monk. (1920-1982) American pianist and composer, considered as one of the biggest influencers of Jazz.
Count Basie (1904-1984) Orchestra director and American Jazz pianist, he initiated his career as a Blues pianist.
Charley Mingus ( 1922-1979) American bass player, pianist, composer and director and loyal activist against racism.
Dizzi Gillespie (1917-1993) Trumpeter.
These great artists were the ones in charge of marking the history of this musical style and let the world know the music that descends from the black Afro-Americans and let this style of music reach the heart and every corner of the whole world. The Jazz is more than a music style, it is the soul of a race. Maybe you’re interested in other musical styles.

This website uses cookies to improve your experience while you navigate through the website. Out of these, the cookies that are categorized as necessary are stored on your browser as they are essential for the working of basic functionalities of the website. We also use third-party cookies that help us analyze and understand how you use this website. These cookies will be stored in your browser only with your consent. You also have the option to opt-out of these cookies. But opting out of some of these cookies may affect your browsing experience.
Necessary Siempre activado
Necessary cookies are absolutely essential for the website to function properly. This category only includes cookies that ensures basic functionalities and security features of the website. These cookies do not store any personal information.
Non-necessary
Any cookies that may not be particularly necessary for the website to function and is used specifically to collect user personal data via analytics, ads, other embedded contents are termed as non-necessary cookies. It is mandatory to procure user consent prior to running these cookies on your website.
GUARDAR Y ACEPTAR
Todos los Estilos de..